Blog » Other Occasions » Things to know about Thaipusam 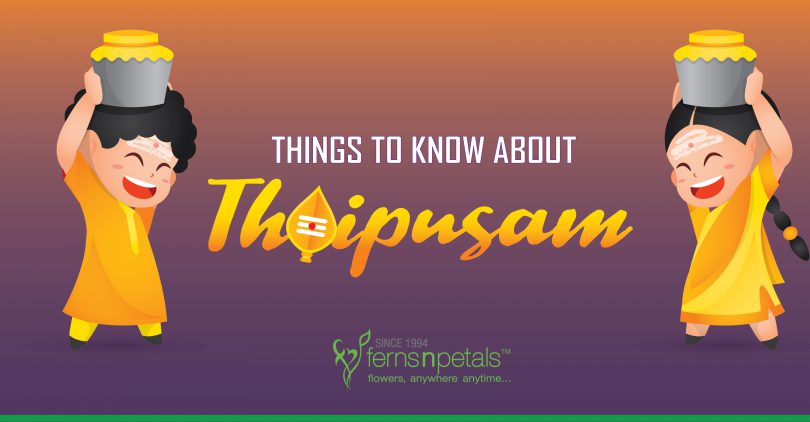 Thaipusam is a Hindu festival celebrated to honour the victory of deity Lord Murugan over demon hordes. It is commemorated by the Tamil community on the full moon in the Tamil month of Thai that usually coincides with Pushya star known as Poosam in Tamil. Mainly observed in countries with the significant presence of the Tamil community, Thaipusam is celebrated in Singapore with great fun and fervour. The date of the festival changes from year to year as it is based on a lunar event. This year, Thaipusam will be observed on 8 February.

Have a look at some interesting facts about Thaipusam