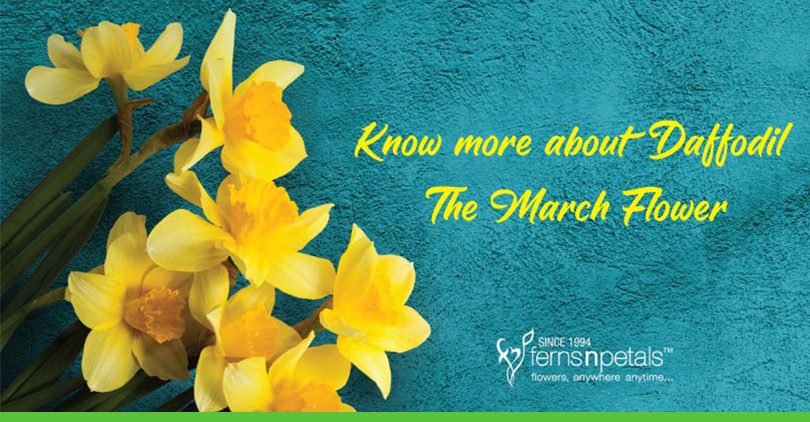 The month of March has arrived that ushers the beginning of spring in Singapore. March’s birth flower is the daffodil. It represents new beginnings and unparalleled love that makes the perfect expression of deep love. The Latin name for daffodil is Narcissus, which is named after a Greek mythological character. Daffodils are native to northern Europe and are grown in temperate climates around the world.

Know some interesting facts about daffodils below: